The High Court has made an order for the return of two children who were wrongfully removed from Canada without their father’s consent in February 2019. Rejecting all of the individual objections raised by the children’s mother, Ms Justice Aileen Donnelly said none of the objections reached the level of grave risk being returned to an intolerable situation and that an order for return was in the children’s best interests.

The applicant, AA, and the respondent, RR, married on 1 February 2014. RR is an Irish citizen who travelled to Canada in September 2009, where she met AA in October 2010. The couple have two children, aged almost four years and 19 months respectively, who were born in Canada and lived there until RR brought them to Ireland in February 2019 without AA’s consent.

In the High Court, AA sought relief under the Child Abduction and Enforcement of Custody Order Act 1991.

There was no dispute that the children were habitually resident in Canada at the time they were brought to Ireland, however RR did not accept that the removal was wrongful within the meaning of the Hague Convention on the Civil Aspect of International Child Abduction. RR submitted that there was a grave risk that the return of the children would expose her and the children to physical or psychological harm or otherwise place her – as the primary carer – and the children in an intolerable situation.

RR said that at the time of the removal, AA was not actually exercising his custodial rights in circumstances where RR had made an allegation of assault against AA and he had been arrested. On his release, AA entered into an undertaking not to communicate directly or indirectly with RR and the children. As such, RR submitted that this was not a case which came within Article 3 of the Hague Convention which requires that custody rights were actually exercised at the time of the purported wrongful removal.

Ms Justice Donnelly explained that on AA’s release from custody, he did not “waive or expressly indicate that he was ceasing any attempts to maintain contact or a relationship with the children”. As a matter of law, Ms Justice Donnelly said AA had rights of custody over the children within the meaning of the Hague Convention. 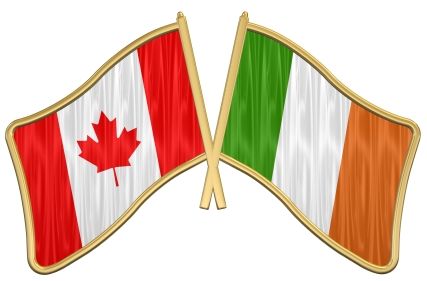 RR submitted that the breakdown of the marriage was triggered in November 2018 when she caught AA using Grindr, that he had been physically aggressive towards her. She also claimed that AA was a chronic abuser of drugs and alcohol and unfit to care for the children, however, this was strongly denied by AA. RR also made lengthy complaints about AA’s financial dealings with the money in their shared accounts.

RR also outlined the difficulty she faced in obtaining legal aid in Canada, and said it was an unequal fight in that AA’s legal fees appeared to be paid for by his mother. She complained about an order made by the Supreme Court of Canada granting AA sole custody of the children and removing all of her parental responsibilities, despite, inter alia, AA’s charge for assault and subsequent no-contact order, AA having no income of his own to support the children, that he had not spent more than 6 hours alone with the children and the youngest was still breastfeeding, and AA’s intention to go on tour with his band.

Ms Justice Donnelly said the order was an interim order which appeared to be common in cases of wrongful removal, and that RR had a right to apply to the court in respect of the same.

Considering the effect of return on RR, Ms Justice Donnelly said these were undoubtedly stressful times for her and it was important she had access to medical care, but the evidence did not reach the level of grave risk of a return being intolerable for her and, by extension, for the children.

Ms Justice Donnelly was also satisfied that AA had agreed to vacate the family home upon RR’s arrival so that she was not left homeless on return to Canada, that he had agreed to pay for her and the children’s flights, and pay a one-off sum to cover a 4-week transition period.

Also rejecting RR’s submissions with regard to the lack of access to legal aid on return, and the possibility of imprisonment for abduction of the children, Ms Justice Donnelly said none of RR’s individual objections amounted to a grave risk of returning the children to an intolerable situation, nor did the cumulative effect of the circumstances amount to a grave risk.

In all the circumstances, Ms Justice Donnelly said it was in the best interests of the children to be returned to Canada.

If you have any questions or concerns regarding International Parental Child Abduction feel free to contact CARI Child Abduction Recovery International 24/7. We are always available at info@childabductionrecovery.com or by calling our CEO Adam Whittington directly +46 707834328 on Whatsapp

We don’t just talk, we are the only ones who actually recover children!