Skip to content
EXCLUSIVE: High Court judge says it would be “devastating” for girl in custody battle to be returned to father, despite “reprehensible” behaviour of the mother.

The behaviour of a mother who secretly brought her daughter to New Zealand without the father’s knowledge was “reprehensible” and an “egregious” breach of their custody battle, according to a High Court judge.

But in the best interests and welfare of the child, Justice Paul Davison ruled the daughter – who now considers herself a Kiwi – will not be sent back to live with her father in their homeland.

Now the father has decided to move to New Zealand to try to re-establish a relationship with his young daughter.

For two years, the man – who hails from Europe and had sole custody – had no idea where she was living until a social media campaign to find her went viral online.

By chance in late 2016, someone recognised the child in New Zealand where the girl and her mother had started a new life.

The father tracked them down and asked the Family Court to return the girl to his home country under the international child abduction agreement, the Hague Convention.

Judge Stephen Coyle – despite accepting the mother unlawfully took the girl and concealed her – refused because she was now settled in New Zealand.

Doing so would be an “intolerable situation” and “cataclysmic” for the girl, said Judge Coyle – a description Justice Davison, who ruled on the appeal by the frustrated father, agreed with.

“The predictable effects of an order for return are much more than tears and mere physical and emotional upheaval,” Justice Davison wrote in his full decision released this week.

“Here the effects of an order for return will be harmful and damaging, with potential lifelong consequences.”

He used the name “Anna” as a pseudonym for the girl, because the identities of parties in Family Court cases are suppressed by law.

But the High Court judge pointed out his decision should not be taken as condoning the mother’s actions, which he described as an “egregious breach” of her legal obligations.

“Rather, in this case Anna’s welfare and best interests – as evident from the fact she is so well settled in her present life in New Zealand and has so firmly expressed her objection to returning to [Europe] – outweigh the policy provisions of the [Hague] Convention.”

However, Justice Davison said his ruling does not stop the father from seeking access to his daughter in separate Family Court proceedings.

The father told the Herald on Sunday he will move to New Zealand next year.

“All I want is to be part of my daughter’s life. A child needs both parents.”

The father is at a loss to explain why his former partner went to great lengths to cut him out of his daughter’s life.

The courts in their home country awarded sole custody to him after the mother repeatedly refused to let him see their daughter.

The girl’s mother has repeatedly declined to comment, although claimed in court documents the custody battle was “vexatious” and “relentless harassment” which made their lives “unbearable”.

The global “tug-of-love” battle also ended up before the Immigration and Protection Tribunal which cancelled deportation notices issued by Immigration New Zealand. 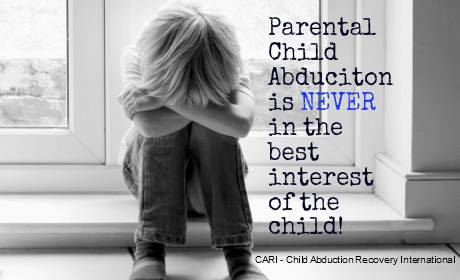 Deportation would have been “unduly harsh” and unjust, ruled the tribunal, despite the mother concealing relevant information to obtain a visa and illegally removing the girl from her home country.

“If the family can stay in New Zealand at this stage, this will at least maintain the daughter in her current family life, which the Family Court has held to be in her best interests,” said the tribunal.

“The issue of contact with her father and the associated emotional turmoil can no longer be avoided, but, if the daughter is in New Zealand, it will be for the Family Court to determine if and how the contact will take place.”

The tribunal also discussed the father taking the girl from her New Zealand school, with a “child recovery team” of private investigators from Australia, after the original Family Court ruling.

This was an abduction, according to the mother’s submissions which had created “extraordinary stress and fear”.

In response, the father said he took the extraordinary step to re-establish contact with his daughter whom he had not seen in nearly five years.

In the High Court ruling, Justice Davison noted the only custody order in place for Anna was the one issued by the European court, which noted the mother’s conduct showed she would not release her daughter without “direct force”.

However, the trauma of being taken from school reinforced Anna’s objection to being returned to her father.

Justice Davison took her opinion into account when balancing her welfare and best interests against the deterrent policy of the Hague Convention.

Generally speaking, the “abducting” parent should not gain an advantage from concealment or deceit.

In this case, the father did not know where his daughter was for two years and Justice Davison said the passage of time meant the girl “wholeheartedly embraced” her new life.

This also meant the mother could rely on the “settled” defence to keep her daughter in New Zealand, which Justice Davison said was taking advantage of her unlawful conduct in “flouting” the court orders in her home country.

“The respondent’s reprehensible actions are the very kind of conduct that the Hague Convention provisions and policies are directed to prevent, and which the courts of all jurisdictions rightly condemn as contrary to the rule of law,” said Justice Davison.

“It is important to keep in mind that throughout that extended period, the [father] has been prevented from having any contact whatsoever with his daughter, while the [mother] has had exclusive contact and the opportunity to influence Anna to adopt her attitudes towards the [father], rather than Anna forming her own views independently.”

• February 2017: Application lodged with Family Court to return Anna to her father in their homeland.

• September 2017: Family Court rules girl should not be returned to father in homeland.