We thought we would cover a topic that we see far too often to not mention. CARI – Child Abduction Recovery International carries out on average 3 recoveries each month and unfortunately 90% of those recoveries we see clear signs of PAS Parental Alienation Syndrome.

Nothing stirs up passions more than the controversy generated when parents are at war over the custody of a child.   A controversy is an issue where evidence on both sides can make a compelling case. It is never black and white, but when people have their emotions aroused, an issue can quickly turn into two polar opposites.

In many cases CARI – Child Abduction Recovery International witnesses children behave outrageously, to the point of cursing one of their parents, and kicking, spitting, and calling them stupid, mean and horrible.

1. The Parental Alienation Syndrome (PAS) is a disorder that arises primarily in the context of child-custody disputes and Parental Child Abduction cases.

2. Its primary manifestation is the child’s campaign of denigration against a parent, a campaign that has no justification.

3. It results from the combination of a programming (brainwashing) of a parent’s indoctrination and the child’s own contributions to the vilification of the targeted parent.

PAS Parental Alienation Syndrome is more than brainwashing or programming, because the child has to actually participate in the denigrating of the alienated parent. CARI – Child Abduction Recovery International believes this is done in primarily the following eight ways:

In severe cases of parent alienation, the child is utterly brain- washed against the alienated parent. The alienator can truthfully say that the child doesn’t want to spend any time with this parent, even though he or she has told him that he has to, it is a court order, etc. The alienator typically responds, “There isn’t anything that I can do about it. I’m not telling him that he can’t see you.”

How common is PA and PAS?

When parents first separate there is often parent alienation. For example, due to the anxiety of the mother, she is likely to say indirectly to a child that he or she is not safe with the father.

“Call me as soon as you get there to let me know you are okay.” “If you get scared, you call me right away. Okay?”  “I’ll come get you if you want to come home.”

Usually this level of alienation dies down after the separating parents get used to changes brought on by the separation and move on with their lives.

However, in rare cases, the anxiety not only doesn’t calm down, it escalates. CARI – Child Abduction Recovery International witnesses PAS parents being psychologically fragile. When things are going their way, they can hold themselves together. When they are threatened however, they can become fiercely entrenched in preserving what they see is rightfully theirs.

Fortunately only a small percentage end up in this level of conflict.

To them, having total control over their child is a life and death matter. Because they don’t understand how to please other people, any effort to do so always has strings attached. They don’t give; they only know how to take. They don’t play by the rules and are not likely to obey a court order.

Descriptions that are commonly used to describe severe cases of PAS Parental Alienation Syndrome are that the alienating parent is unable to “individuate” (a psychological term used when the person is unable to see the child as a separate human being from him or herself). They are often described as being “overly involved with the child” or “enmeshed”.

The parent may be diagnosed as narcissistic (self-centered), where they presume that they have a special entitlement to whatever they want. They think that there are rules in life, but only for other people, not for them.

Also, they may be called a sociopath, which means a person who has no moral conscience. These are people who are unable to have empathy or compassion for others. They are unable to see a situation from another person’s point of view, especially their child’s point of view. They don’t distinguish between telling the truth and lying in the way that others do.

In spite of admonitions from judges and mental health professionals to stop their alienation, they can’t. The prognosis for severely alienating parents is very poor. It is unlikely that they are able to “get it.” It is also unlikely that they will ever stop trying to perpetuate the alienation. This is a gut wrenching survival issue to them.

What happens to the child when you can’t stop PAS?

Obviously, without anyone to stop the alienation from progressing, the child will become estranged from the alienated parent. The relationship with this parent will eventually be severed. It is doubtful that, without psychological intervention as the child grows, he or she will ever understand what happened.

The child’s primary role model will be the maladaptive, dysfunctional parent. He or she will not have the benefit of growing up with the most well-adjusted parent and all that this parent can contribute to enrich the child’s life. Many of these children come to experience serious psychiatric problems.

Will they ever grow up and realize what happened to them? Without someone who can recognize the syndrome and counsel them about it, it isn’t likely that they will ever figure it out. However, there have been exceptions where we have seen the child and the alienated parent have been successfully reunified later in life after being recovered.

Examples of the denigrating behavior are listed below and are not inclusive:

1) Sabotaging and interfering with visits or not permitting visits at all.

2) Depriving the targeted parent of important information about the child, including but not limited to medical, educational, and social activities.

6) Interference with and not being supportive of contact between the targeted parent and the child. This contact includes the telephone, text messaging, e-mailing, skype, or other methods.

7) Making unilateral decisions in major areas regarding the child.

8) Verbally and physically abusing the targeted parent by the child and/or alienating parent.

10) Rejection of the targeted parent’s gifts, cards, vacations, and other offers of help.

Things that may HELP ALLEVIATE the effects of Parental Alienation Syndrome;

CARI – Child Abduction Recovery International has been in contact with 2 different psychologists about PAS and from our research we have come up these points below that may help…….

CARI – Child Abduction Recovery International sees these signs all too often when we take on a case as most abducting parents use the children as a tool to punish the victim parent and do not think of the children, only themselves…… 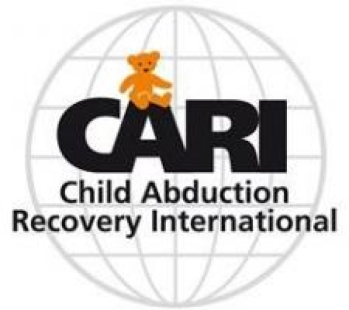