Kerrie Shaw, 30, went through “absolute hell” on a string of trips before snatching back Daniella, now 13, and Makor, 12

A courageous British mum risked her life to ­rescue her children after they were abducted and held in Iraq for over two years.

Kerrie Shaw, 30, went through “absolute hell” on a string of treacherous trips to the war-ravaged country.

She was kidnapped herself and held for a month but bravely returned one more time – finally snatching her kids back as their Iraqi father and his family slept.

Kerrie, who ran up a £10,000 debt to pay for the five nerve-jangling trips, had to act alone after UK authorities told her they were powerless to help.

She says: “It’s a miracle I managed to get my children home. I count my blessings every day.

“I lived every parent’s worst nightmare. I’d wake in the night kicking and screaming because my children weren’t there and I felt like I had nowhere to turn.

“I went through absolute hell but I’d do it again in a heartbeat for my babies. Any mum would.”

Kerrie tells her story for the first time as we reveal her ­children Daniella, now 13, and Makor, 12, are among 1,000 British child victims of parental abduction abroad every year. 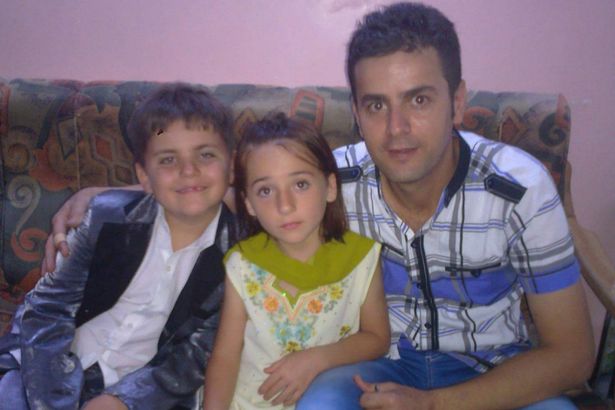 Kerrie’s agony started in 2010 when the children’s dad Akor Arf, 37, whisked them to his native country as she worked a shift in a chicken factory.

He was in his late teens and Kerrie, vulnerable and from a broken home, fell for him.

She agreed to marry him days after she turned 17, they moved to Hampshire and she became a mum soon after.

Kerrie says she had to work 12-hour days in the chicken factory to support the family while Arf lived off her wages.

But her world imploded in July 2010 when she got home to find the door on the latch and the children, then five and six, gone.

She recalls: “I knew something was horribly wrong and before long I was hysterical.

“It wasn’t until they arrived in Iraq the next day that he called me to tell me what he’d done.

“I was crying so hard I couldn’t breathe. I felt like part of me had been snatched away. It didn’t seem real.”

Desperate Kerrie says she called police, social services and the British Embassy in Iraq, but no one could help find her children.

Then Arf made contact by phone and told her she could only speak to the children if she sent money – “so I sent him every spare penny I had”.

In November 2010, Arf ­promised to let Kerrie see Daniella and Makor in Iraq. She was allowed just a few hours with them before they were taken away by an uncle.

Kerrie travelled to Iraq twice more – both times in vain. In September 2012, she thought the ordeal was over when Arf and his family tricked her into meeting at the Turkish border on the promise he would be waiting with the children.

She goes on: “I was picked up in a truck and driven to a house, where I was made to lie on a hard, concrete floor.

“I kept asking for the children but there was no sign of them. Then, after 29 days, they let me go but I wasn’t allowed to take the children with me. It was devastating.”

Despite that ordeal, Kerrie travelled to Iraq again in December 2012 – armed with new passports for the kids and a plan to get them out.

Kerrie knew Arf and his family normally slept for two hours in the afternoon to avoid the baking heat.

She explains: “I got a taxi to the house and I could see the children playing in the garden. I knew I had a chance and I just had to take it. I didn’t even stop to think about what would happen if Akor had caught me.

“I called the children over as quietly as I could. The kids came running as soon as they saw me.

“We hadn’t seen each other for over two years but they knew exactly who I was.

“It was overwhelming but I didn’t have time to savour the moment because I knew we had to escape as soon as we could.

“I bundled them into the car. Adrenaline was pumping through me.

“I was scared to hug them because they felt like strangers. I just had to get out of the country as soon as I could.

“I went to the British Embassy but I was told there was nothing they could do to help because in Iraq, I had no rights and Akor hadn’t actually broken the law. I just took them to the nearest airport and got us all on a flight home, praying he wouldn’t come after me.

“The whole way home I was convinced I was being followed but when we touched down in England I felt huge relief.

“But they were completely different children. It broke my heart. They couldn’t remember how to speak English.”

Kerrie had barely got home when she says Arf bombarded her with abusive messages.

In January 2013, she was granted a court order which bans him from seeing the children if he returns to the UK. If he breaches the order, authorities will have a mandate to help her.

Daniella and Makor recall little of their time in Iraq and can no longer speak Kurdish.

Kerrie adds: “I think they have blocked it out. I dread to think what their lives were really like there. It took a long time for them to readjust. They were behind at school as they had to learn English again.”

Daniella seemed to have been scarred by the sexist culture she’d encountered in Iraq.

“She was only eight when she came back,” said Kerrie, “but she’d constantly want to cook things and make people cups of tea. She’d panic if the tiniest bit of leg was on show.

“But the bond we had was still there. They’re my best friends as well as my children.”

Kerrie’s case highlights the plight of many kids who are snatched when warring parents split up. 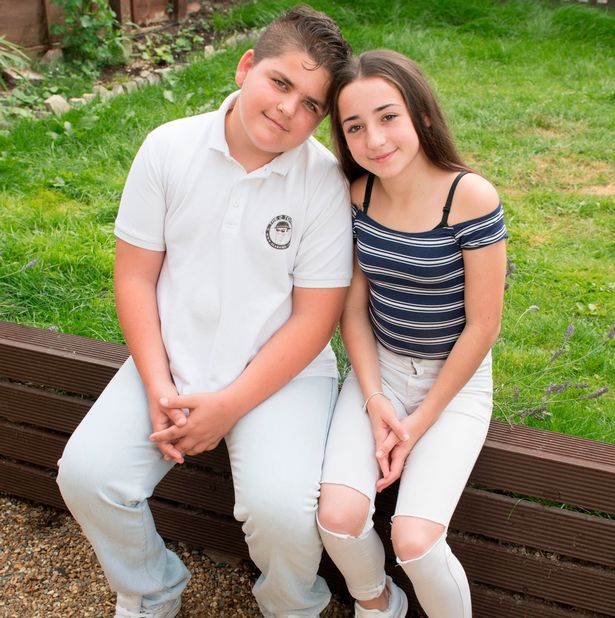 The most recent statistics, from 2012, reveal there were 270 reported abductions – an 88 per cent increase in five years.

A government committee later estimated that the figure was closer to 600.

But research this year by Abducted Angels reveals that as many as three children could be going missing every day – more than 1,000 a year.

She admits: “I’d be lying if I said I don’t have nightmares that he’ll come back for them.

“But I’ve met women in my position who have been searching for their children for nine or 10 years.

“I have to focus on the fact I was one of the lucky ones and mine are here with me.”

Hampshire Police said no offence had been committed and that it had offered safeguarding advice to Kerrie. 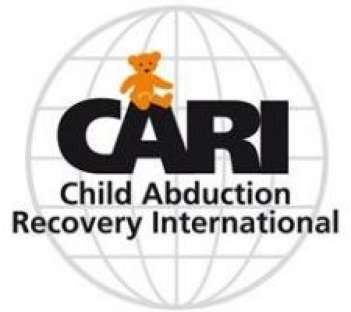