Most tourists would not realize what is all fun and games to them during their holidays to cities like Dubai, are actually prisons for foreign women and their children, living only what they will describe as, “Hell”.

Women need to be made well aware of Shari’a Laws! 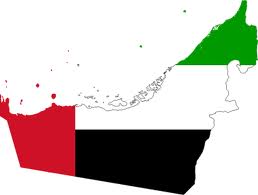 Parental child abduction is a criminal offence in the United Arab Emirates (UAE) if a parent or grandparent abducts their own child or grandchild from the person who has legal guardianship or custody as established by a UAE judicial decision.

UAE has not signed the 1980 Hague Convention on the Civil Aspects of International Child Abduction.

There is no agreed international system in place to return children from the UAE. Therefore, parental child abduction cases are often difficult to resolve. Neither your government nor your embassy can force the abducting parent or the UAE government to return a child to its habitual residence.

Overseas court orders are not recognized in the UAE, they can be submitted as part of a child custody case for consideration by the UAE Courts.

CUSTODY DISPUTES: When child custody disputes arise between parents, custody decisions are based on Islamic (Shari’a) law. Non-UAE nationals resident in the UAE, whether married to a UAE or non-UAE citizen, may file custody cases in the UAE. Non-residents of the UAE may also file custody cases in the UAE, but may need to authorize a UAE resident and/or a lawyer practicing in the UAE to act on their behalf for the duration of the case. Non-Muslims are also permitted to file cases in the UAE family courts, under Shari’a law. In determining issues of custody, UAE courts may take into consideration the parents’ religion, place of permanent residence, income, and the mother’s subsequent marital status. Priority is generally given to the Muslim father, irrespective of his nationality, when the mother is a non-Muslim. As a basic starting point under Shari’a law, a Muslim mother may be granted custody of girls under the age of nine and boys under the age of seven, at which time custody may be transferred to the father.

A mother cannot travel with her child out of the UAE without getting written approval from the child’s father, even if she has legal custody. If the father refuses, the mater can be brought before a judge. It is possible for a parent to apply to the court for a stop order to be issued to prevent a spouse or child from leaving the country. If there is a stop order in place, a parent will be stopped at the airport and prevented from leaving the country.

There are a large number of foreign women in desperate need of help in the UAE as all of them seem to have fallen victim to the fathers abusing or let’s say, using the Shari’a law to their advantage, including expat fathers!

Please contact CARI for advice. We can put you in contact with experienced lawyers in the UAE who can assist in the complex Shari’a law and child abductions.

Tip: Keep hold of your and your childrens passports!! If your having trouble in your relationship while in the UAE, don’t let the father take your passports…….

Any information contained above is provided for general information only. Independent legal advice should be sought in UAE for specific information relating to individual cases.